The return of the most alternative music festival in Finland

Sideways Festival is back, but this time in a different location (Nordis). The new location is bigger and closer to the Helsinki city center than the previous one (Teurastamo which was the location for the first three editions of the festival 2015, 2016 and 2017). The renewed festival counts now with 6 stages in total: three outdoors Sideways, Aurora  and Sahara stage; and three indoors: Black Box, Upstairs and Basement. The first day of festival brought a diverse crowd with a wide music taste: folk, alternative rock, punk, hardcore, hip hop, pop, electronica, experimental music, progressive rock, industrial, post punk, garage and hardcore. Here is the concert report:

HÄN is a supergroup consisting of members of the bands TEKSTI-TV 666, FRENCH FILMS and LADA NUEVO. The Finnish quintet offered an acceptable and positive concert in the outdoor and really tiny Sahara stage. The guys from Helsinki encouraged the young and hipster audience by playing melodic indie songs with a dynamic punk attitude: garage riffs, dreamy keyboards, noisy bass lines, sharp guitar solos and minimalistic drums.

The band played mainly songs from their debut studio album «Harhakuvitu – smaailmassa” (2018, Soit Se Silti): “Tähtisumu”, “Ulottuvuusportti, “Kirkkaan Kuoleman Kauppias”, ”Olento”, ”Harhakuvitusmaailmassa”, ”Ei Enää Auta” and ”Disney-Bändi”. This was a more than acceptable starter that served as an appetizer before the main artists and bands that were about to take over in a few hours.

Almost an hour later Sixto Diaz Rodriguez, known professionally as Rodriguez, took the main stage Sideways. The sun was shining while a large crowd of devote fans rushed out to see their idol perform. The fragile and old man started promptly and fast his set by playing his acoustic guitar and singing the Elton John cover “Your Song”. For the second song (THE DOORS cover “Light My Fire”) Rodriguez was joined on the stage by his band (guitar, bass and drums). The now four men group played a fair rendition of this old classic while the emotive audience smiled in a melancholic way.

The American icon sang three more cover songs (by artists Merle Travis, Bob Luman and The Great Society), but his two hits “Inner City Blues” and “Sugar Man” were the ones that the people were more excited and happy to sing along. In general, the Rodriguez set was pretty good and consistent, but this kind of artist and his music fits better in a smaller, less crowed and intimate indoor stage. Here is the full list of songs: “Your Song”, “Light My Fire”, “Inner City Blues”, “Crucify Your Mind”, “This Is Nor a Song, It’s an Outburst: Or, The Establishment Blues”, “I Wonder”, “Rich Folks Hoax”, “Sugar Man”, “Sixteen Tons”, “Let’s Think About Livin” and “Somebody To Love”.

NO FUN AT ALL

The Swedes rewarded us with sixty minutes loaded with pure punk rock and epic melodic hardcore. The Black Box stage remained kind of dark during the entire concert, although from time to time it was possible to see bright and shiny lights that allowed to distinguish the silhouette of the members of the band. The attendants watched in total euphoria this amazing sonic show. The band played a diverse set of songs, for example: “Suicide Machine”, “Catch Me Running Round”, “Out of Bounds”, “In a Rhyme”, “Runner’s High”, “Should Have Known”, “Belivers” and “Beat ‘em Down”. In conclusion, it is always a unique and fun experience to witness a NO FUN AT ALL concert, it is an interesting journey of no return full of catchy anthems, fast rhythms and melodic/distorted guitars. A punk show which is not visual at all but rather emotional and unique.

The American quartet WARPAINT delighted us with an hour of joyful concert in the Sideways stage. The band played songs from 4 of their studio albums: “Heads Up”, “Warpaint”, “The Fool” and “Exquisite Corpse”. The band created a good feeling atmosphere with their danceable indietronica and art rock with the songs “Whiteout” and “New Song”. In these songs, the creative and playful drums of Stella Mozgawa flowed in line with the catchy bass notes of Jenny Lee Linberg and the dreamy electronic effects of Emily Kokal and Theresa Wayman‘s guitars.

With the song “Love Is To Die” resurged the more guitar and psychedelic driven rock. The audience moved and shook their heads through the melodic and powerful rhythm. This is one of their best live songs and the one that the fans like the most.

Finally, the band said goodbye with the already familiar song “Disco/Very”. In this song they combined all their sonic arsenal to date: psychedelic rock, indietronica, dream pop and art rock. Subsequently, the very happy audience wanted more songs but the band left the stage thanking everyone while the lights went off and the dream ended for a committed and devoted audience who did not want to wake up from that perfect dream.

Finally, it was the turn of the band I have been waiting for so long to see live: PREOCCUPATIONS. The Canadian band began their performance with the dissonant “Select Your Drone”. In it the foggy and noisy guitars/percussive drums monopolized with powerful and monochrome rawness. In “Continental Shelf” Matt Flegel’s incessant bass served as a faithful support and companion to his own grey voice. The thick notes echoed loudly in the faintest loudspeakers that spat back the thunderous noise. The walls of the improvise indoor stage Upstairs practically vibrated with such strong intensity.

In “Silhouettes” Mike Wallace and his drums took the front seat. His maniac, precise and powerful drumming gave the perfect heaviness so that the audience moved their heads to a fast and aggressive rhythm. With “Disarray” the band´s intensity decreased almost zero – with dreamy vocals, shiny synths and electronic percussion.

PREOCCUPATIONS continued with dark sound in their song “Zodiac”, in which Flegel and his raw yet gloomy voice was surfing through Daniel Christiansen subdued industrial riffs and Scott Munro abrasive synth lines as Wallace’s rhythmic base exploded in the background. With “March of Progress” the band returned to the most experimental and electronic sound still maintaining that characteristic post-punk tempo. Wallace’s drums commanded the sound attack through incessant premeditated beats. Finally, the group said goodbye with the long piece “Death”. The Canadians closed with a superb performance of good, energetic and positive post-punk. Perhaps with a brighter tone compared to the other similar bands yet with full of dark attitude – and above all with noisy guitars and drum power. The PREOCCUPATION´s guys are undoubtedly one of the indie rock bands nowadays and their powerful live performance at Sideways Festival do nothing more than reaffirm the previous statement.

Another great concert on Friday was Esa Kotilainen -the Finnish cosmic music legend- performing his legendary synth album “Ajatuslapsi” at the underground stage Basement. The musician performed a psychedelic and ambient set within almost an hour and interpreted his classic debut album in its entirety. This was a more than perfect way to finish this first day at the Sideways Festival. 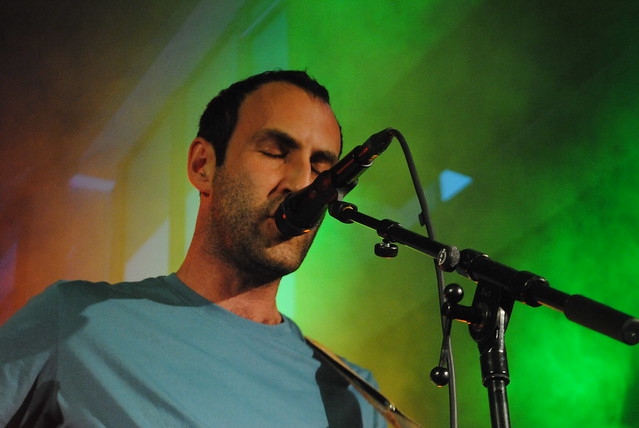 As Life Burns – Inside The Spiral

Error: Error validating access token: The session has been invalidated because the user changed their password or Facebook has changed the session for security reasons.
Type: OAuthException
Solution: See here for how to solve this error